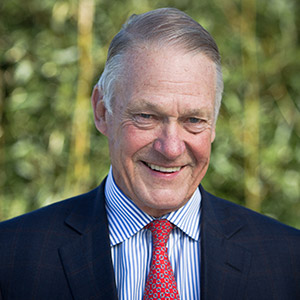 John is Honorary Chair and Co-Founder of the Colliers Macaulay Nicolls Group of Companies. As CEO for 25 years, he developed Colliers from a local Vancouver company to one of the top global commercial real estate service providers operating in some 60 countries. He served as Chair and Chief Executive Officer from 1977 to 2002, and Chairman until December 2004.

He is currently Chair of A&W Income Trust, Village Farms International and City Office REIT. He is also a Director of Canadian Urban Limited, and Mark Anthony Group of Companies. 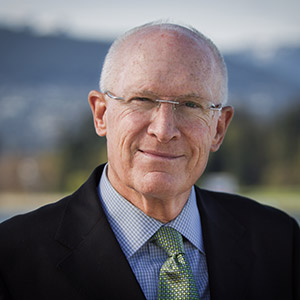 Lloyd Craig grew up in New Westminster, and graduated from university in 1968. His career was spent in the financial services industry, with the Mercantile Bank of Canada and Coast Capital Savings. Lloyd retired in 2009. 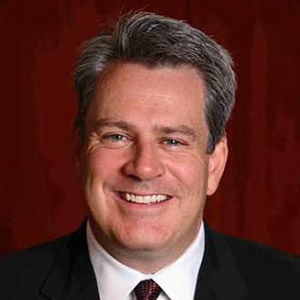 Kevin Bent has more than 20 years of print and online media and marketing leadership experience. He has held numerous senior sales and publishing roles throughout Canada. Most recently as the Executive VP of Western Canada with Postmedia Network Inc. and President and Publisher of the Pacific Newspaper Group, Kevin oversaw the Vancouver Sun, The Province (Vancouver), and Victoria’s Times Columnist, the Calgary Herald and Edmonton Journal.

Currently, he is involved in the digital media industry where he is leading two new ventures

In addition to the Streetohome Foundation, Kevin is also very active with local boards and charities in Vancouver, including the BC Children’s Hospital Foundation (Chair), and BC Achievement Foundation. Kevin is also a director at the Vancouver Foundation. 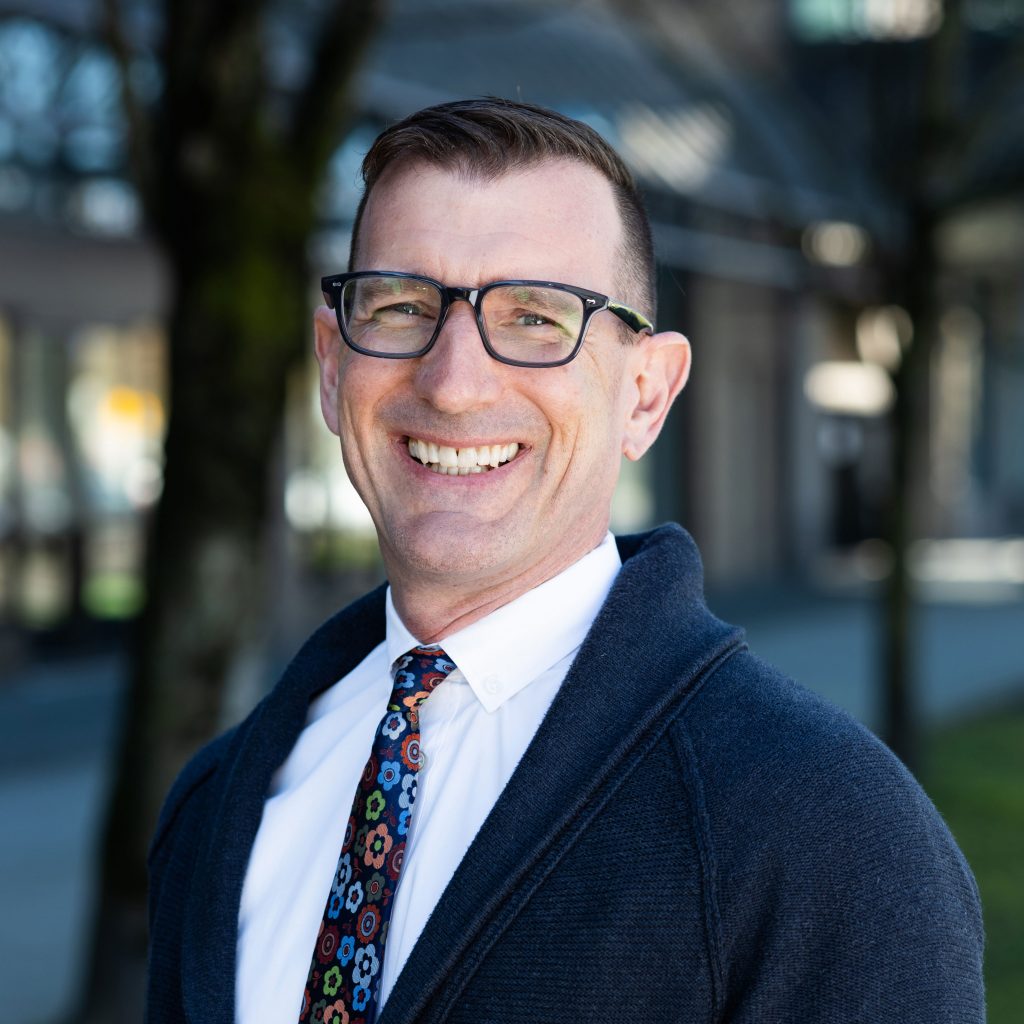 In his role as Interim Vice President, Vancouver Community for Vancouver Coastal Health (VCH), Bob Chapman is responsible for providing leadership support to the operations team and community health services through a number of community health centres and programs including home health, mental health, substance use, primary care and long-term care. Bob’s keen passion for community care and ensuring that VCH community services continue to meet the changing needs of our clients is evidenced in the support he has provided over his many years with VCH. 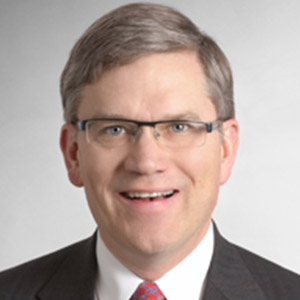 Geoff Cowper, senior counsel and leader of Fasken Martineau’s Litigation & Dispute Resolution Group, has served as counsel in a number of landmark cases both in Canada and abroad.

Geoff was counsel to commissions of inquiry into the BC justice system’s response to the death of Frank Paul, Indian Affairs policy, and provincial securities regulation. He has been counsel in the Supreme Court of Canada on cases involving constitutionality of legislation, charter rights, commercial, tort, and administrative law issues.

Geoff served as a Director and Chair of the Legal Services Society (LSS) for three terms. In that period, LSS developed a national and international reputation for its innovative approaches to cost effective access to justice. 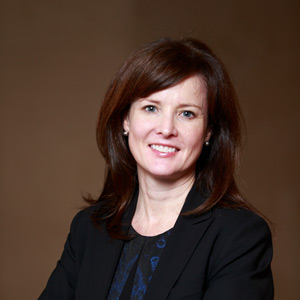 Lara Dauphinee is a managing director of the Fiore Group of Companies – a private firm managing a broad portfolio of private equity investments and companies, focusing on food and lifestyle, art and entertainment, and natural resources. In addition to Streetohome, she serves as director of Pure Freedom YYOGA Wellness Inc., The Great Ontario Food Company, The Giustra Foundation, VGH + UBC Hospital Foundation, CKNW Kids’ Fund and sits on an executive committee at the International Crisis Group. She is actively involved in Forum for Women’s Entrepreneurs and co-chairs the annual Pitch for the Purse Competition. Prior to the Fiore Group, Ms. Dauphinee served from 2001 to 2011 as Deputy Chief of Staff to the Premier of British Columbia. Ms. Dauphine has been recognized as BC’s 35 most influential women (2016) and BC’s 100 Women of Influence (2010), and has been awarded the Queen Elizabeth II’s Diamond Jubilee Medal (2012). Ms. Dauphinee is a graduate of the University of Western Ontario. 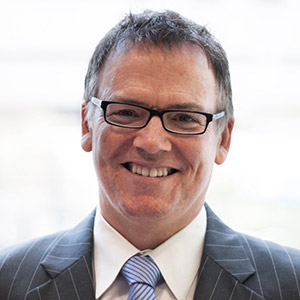 Kevin Falcon served for 12 years in various senior cabinet positions in the BC government prior to his decision to retire in August, 2012.

As Minister of State for Deregulation, Falcon led the BC government’s successful effort to reduce unnecessary red tape by more than 40% in its first mandate. He further served for six years as Minister of Transportation and Infrastructure, overseeing the largest transportation capital program in BC history, including the Sea to Sky Highway upgrade, Canada Line, William Bennett Bridge and the Port Mann Bridge.

As Minister of Health, he led initiatives to improve productivity in the public health care system. While Minister of Finance, Kevin’s financial stewardship received broad financial market support with the Province retaining its AAA credit rating.

Kevin’s leadership has earned him recognition several times in Vancouver Magazine’s annual ranking of the City’s 50 most influential leaders. He is a recipient of the Queen’s Diamond Jubilee medal for his significant contributions to British Columbia and Canada. 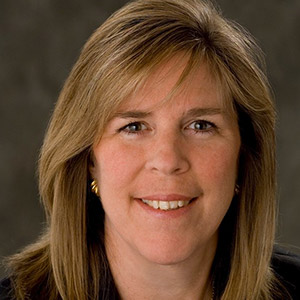 Joanne Gassman was with BMO Bank of Montreal for more than 39 years, most recently retiring from her position as the Senior Vice President of Personal & Commercial Banking for BC & Yukon Division.

After retiring, Joanne took on a new consulting role with BMO Financial Group nationally, as the Senior Vice President, Women’s Market. In this new capacity, Joanne will continue to promote BMO’s focus on the needs of women entrepreneurs by improving the business and financial information available for women.

As well as sitting on the Streetohome Board, Joanne is Chair of the Bill Reid Gallery of Northwest Coast Art, Chair of I am Powerful Council (Vancouver) for CARE Canada.

She holds an MBA from Dalhousie University. 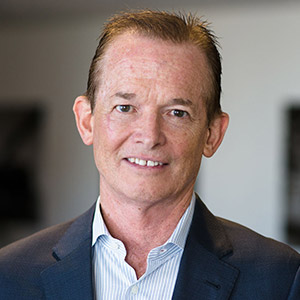 John Mackay is a founding principal of the Strand real estate organization based in Vancouver, with operations in California and Atlanta, Georgia. Strand has acquired, developed and financed a diversified portfolio of real estate assets in the residential and commercial sectors throughout North America.

John graduated from the University of British Columbia with a Bachelor of Commerce degree and a Bachelor of Laws degree. He is actively involved in a number of local and international charitable and community organizations. 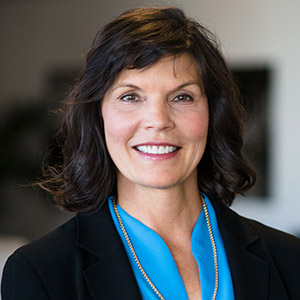 Dr. Sherri Magee is an oncology researcher who has worked in the field of Cancer Survivorship for the past 25 years and is the author of the book “Picking up the Pieces: Moving Forward after Surviving Cancer”. She facilitates recovery workshops for survivors and their families across Canada.

Sherri was the past Executive Director of the Hope House Cancer Centre, she co-developed the first private practice cancer rehabilitation program, ‘Back on Track,’ and co-founded the “Abreast in a Boat” dragon boat society for women living with breast cancer with over 200 teams world-wide. 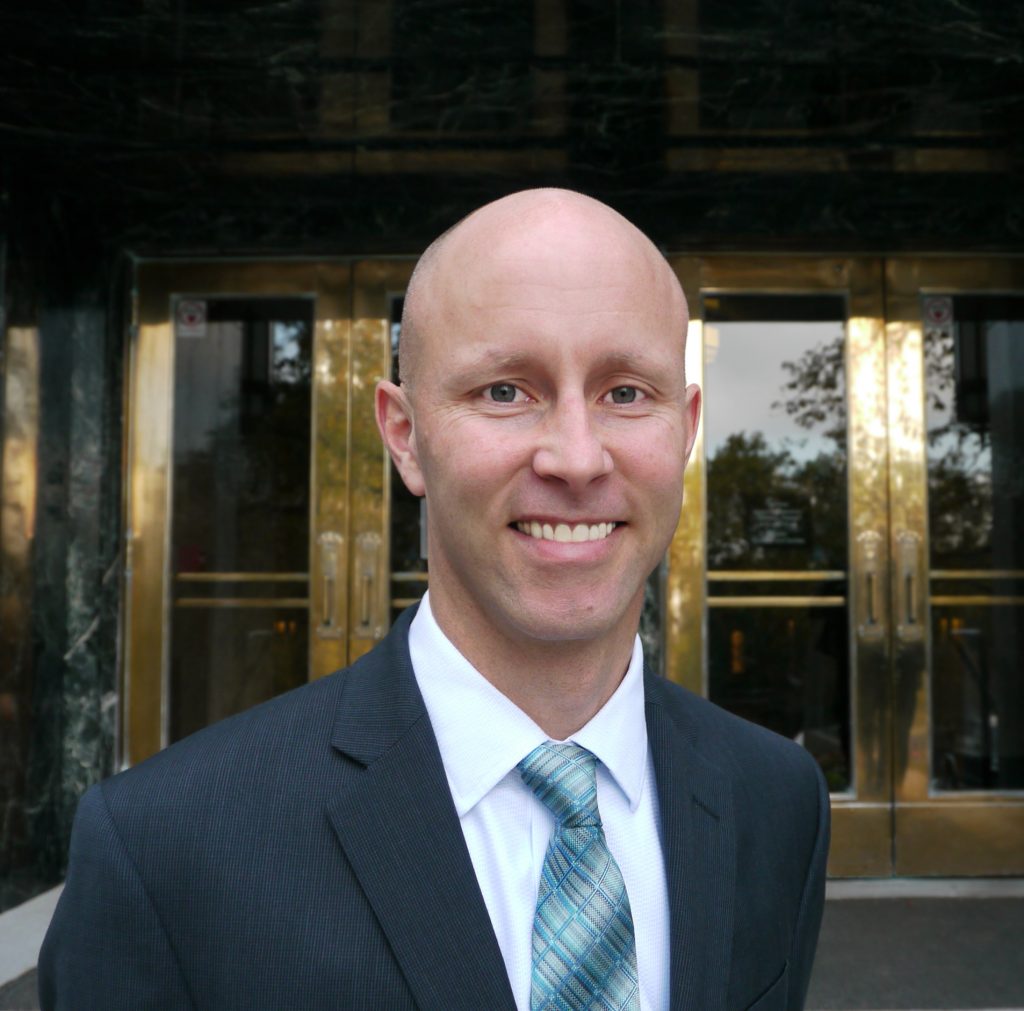 Paul Mochrie is presently serving as acting city manager pending Council’s appointment of a permanent incumbent to that role.

Paul joined the City in May 2011 as the general manager, Human Resource Services, and assumed the role of deputy city manager in October 2015.

Paul brings to the City broad public sector experience, including time working with the provincial government, regional health authorities, and employers’ associations. Prior to joining the City, he worked with the BC Ministry of Health and led the development and management of commercial relationships between the PharmaCare program and pharmaceutical companies, retail pharmacies, and pharmacy wholesalers. 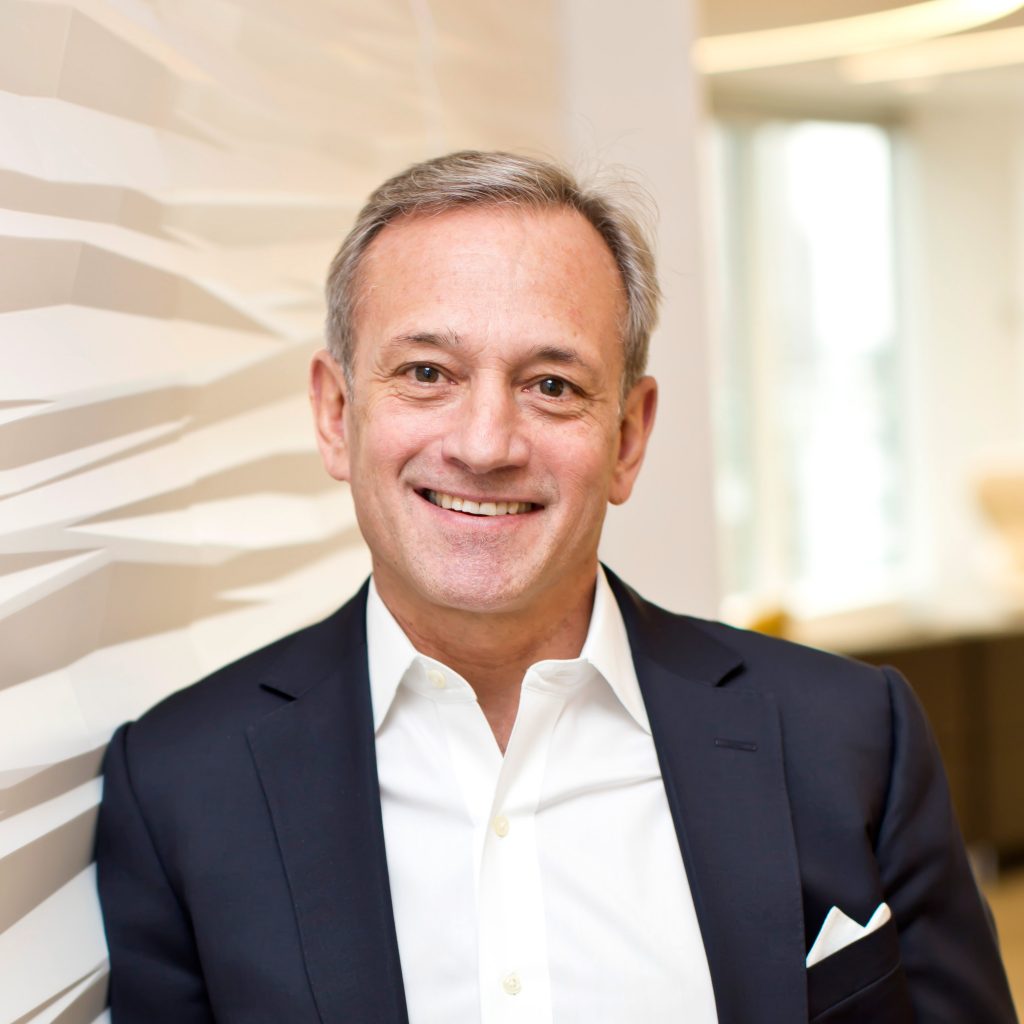 Alan Peretz is a partner at KPMG where he leads the advisory practice in British Columbia. He also leads the Strategic Growth Initiative Portfolio for the Canadian KPMG firm. Alan has more than 28 years of experience helping clients manage risk by implementing governance, polices, and controls.

Born and raised in Vancouver, he attended the University of British Columbia, where he earned a bachelor’s degree in Economics and a graduate degree in Accounting. Among other designations, Alan is a Chartered Professional Accountant.

As well sitting on the Board of Streetohome, Alan has held volunteer positions with a number of charities including the United Way of the Lower Mainland, the Heart & Stroke Foundation of British Columbia and the Yukon, and Saint George’s School Foundation. 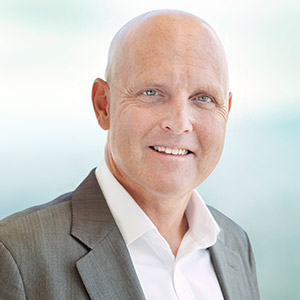 As CEO of BC Housing, Shayne Ramsay is responsible for the delivery of a wide range of housing programs and services. No longer just a provider of housing for low-income British Columbians, BC Housing has expanded its mandate during Shayne’s 15 years in the role to include other responsibilities, including licensing residential builders, home warranty insurance, and housing-related research and education.

In addition to his work with BC Housing, Shayne is currently Chair of the International Housing Partnership, an international organization created to share innovative strategies for the development, operation and sustainability of social housing around the world. The IHP currently comprises 175 member groups from Australia, Canada, the United Kingdom and the United States. 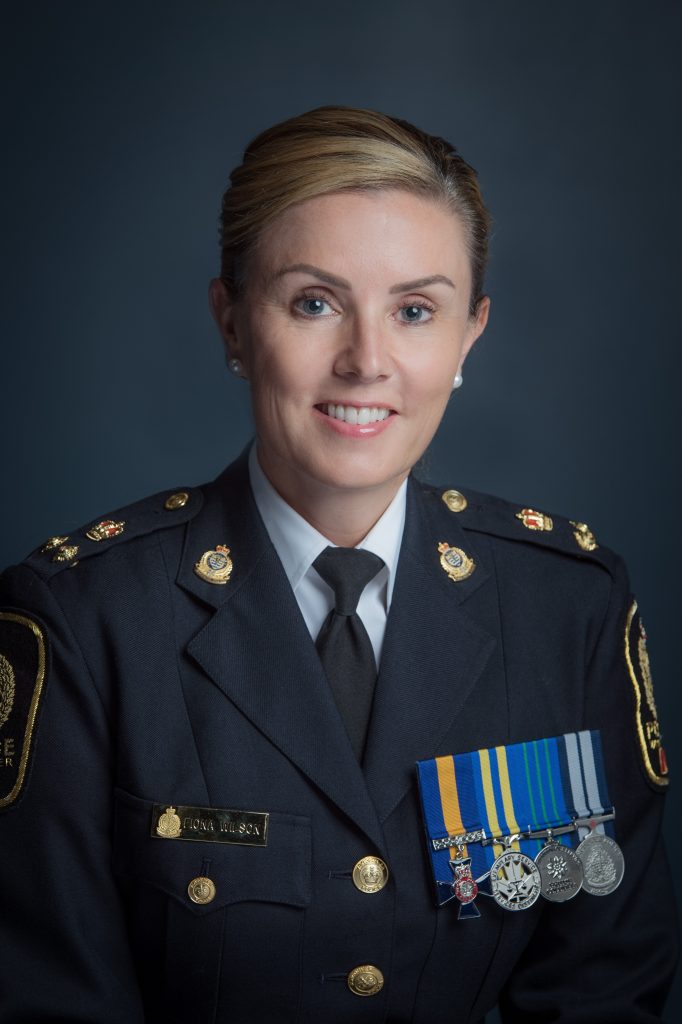 Deputy Chief Fiona Wilson began her career with the Vancouver Police Department (VPD) in 1999 as a Patrol officer and walking the beat in the Downtown Eastside. She also gained valuable investigative experience as a Sex Crimes detective. In 2007, she authored Lost in Transition, a foundational VPD report highlighting gaps in the mental health system affecting our most vulnerable. The VPD’s current approach to mental health has its roots in that work.
Upon promotion to sergeant, she led a Patrol team, served as an investigator in Professional Standards, led an investigative team in the Major Crime Section and served with RCMP Federal Serious and Organized Crime as a Team Leader. As a staff sergeant, she oversaw numerous investigative units in the General Investigation Section. Promoted to inspector shortly thereafter, she led Court and Detention Services and initiated significant upgrades of the VPD Jail, training and policy. She then represented the VPD as Deputy Chief Officer with the Combined Forces Special Enforcement Unit – British Columbia, leading efforts to address serious organized crime in the province. Most recently, she was promoted to superintendent and then deputy chief to lead the VPD’s Investigation Division. Deputy Wilson is the recipient of an array of VPD commendations and community awards relating to mental health. She is a provincially accredited Team Commander and holds Bachelor and Master of Arts degrees in Criminology from Simon Fraser University.