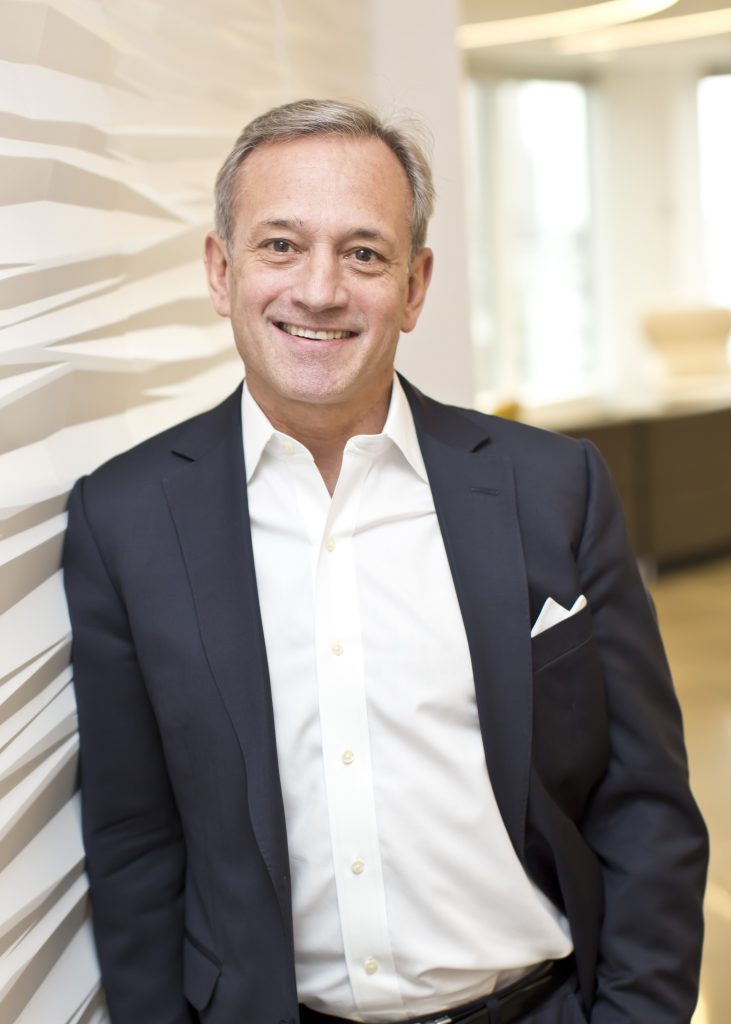 Alan Peretz, BC Advisory Practice Leader at KPMG and Streetohome Board Member

Streetohome strives to broker and leverage the integration of evidence-based and promising practices that address gaps in the current homelessness services system. 2018 was dedicated to implementing several innovative initiatives including: Addiction Recovery Community Housing; Delancey Street Vancouver; Homeward Bound; and Supporting Tenants, Enabling Pathways. Each was preceded by a business case supported in-kind by dedicated teams from KPMG.

Alan Peretz, BC Advisory Practice Leader at KPMG and Streetohome Board Member since 2013, has sponsored the development of five business cases over the years. “We would never suggest that Streetohome invest their money and resources into a project without really thinking about it critically. Creating a business case does just that. It’s a thoughtful process that provides a fulsome assessment of the opportunities, benefits, costs, risks and challenges, helping Streetohome to make sound investment decisions for donors, and ones that are a good use of resources for the organization.”

Alan says that KPMG has always had a desire to help communities by expanding peoples’ minds and allowing them to think in different ways, igniting innovation in the public, non-profit and private sectors.

“It’s the only way to make a transformational change in society. Otherwise, we’re left changing things incrementally, and we don’t have time for that.”

KPMG also benefits greatly so it is a true ‘win win.’ Consultants hear from their colleagues that business cases are being presented to the Streetohome Board and then implemented shortly thereafter – providing an opportunity for involved consultants to leave a legacy of improving the homelessness services system in Vancouver.

“When I first joined KPMG, there were other consultants working on the Delancey Street Vancouver business case. I thought it was the coolest thing, and I wanted to be a part of it the next time a similar opportunity came around,” said Chris Williamson.

An opportunity arose when Streetohome began exploring two new initiatives for 2019: Smart Cities – Life Intentions (SCLI) – an app-based self-assessment that matches individual goals with best-fit support services; and Recovery Community Centres – a best practice community-based continuing self-care model that has propagated centres from coast to coast across the U.S. Chris took on a leadership role in the development of the SCLI business case, while Madeleine Pullen and Robyn Budd are part of a team working on the business case for adapting the Recovery Community Center (RCC) model for Vancouver. 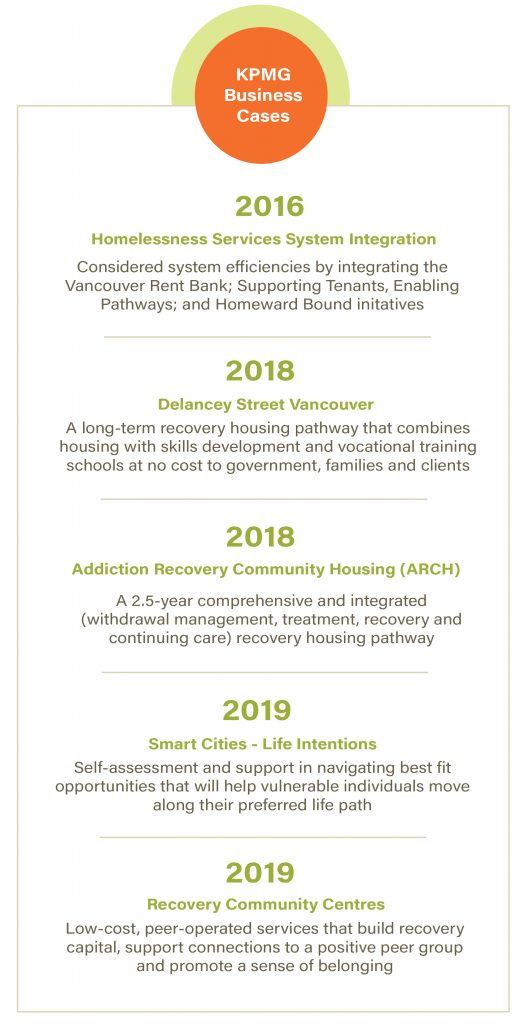 “It’s easy to think, ‘I can’t do anything about it’ when we see so many people in need and being failed by the system,” says Robyn. “KPMG really supports us in going after these sorts of opportunities that can make a huge impact on social problems.”

“We can use our super powers for the community or for ourselves, and I pride myself in being able to help others with the skills I’ve learned at KPMG,” says Chris. “I feel more ingrained in the community.”

For Madeleine, it was an opportunity to impact a significant problem. “There’s such a big crossover between addiction and homelessness. The RCC is such a simple idea, but it’s a gap that needs to be filled in order to make a difference for our city’s vulnerable people.”

Each business case KPMG has developed for Streetohome has built a solid plan and case of support for innovative models that will help prevent individuals from falling into homelessness and/or provide additional pathways for breaking the cycle of homelessness and moving on with their lives.

“When the Streetohome Board shifted its priorities to homelessness prevention and addressing the underlying causes of homelessness, we intentionally focused on achieving broader and more impactful outcomes, rather than trying to solve a single piece of the puzzle such as housing,” says Alan. “Pulling back and focusing on those things that impact housing stability such as: health & wellness; education, skills & training; legal challenges; and employment will have 10 times the impact than focusing on housing alone.”