It’s the Little Things That Help 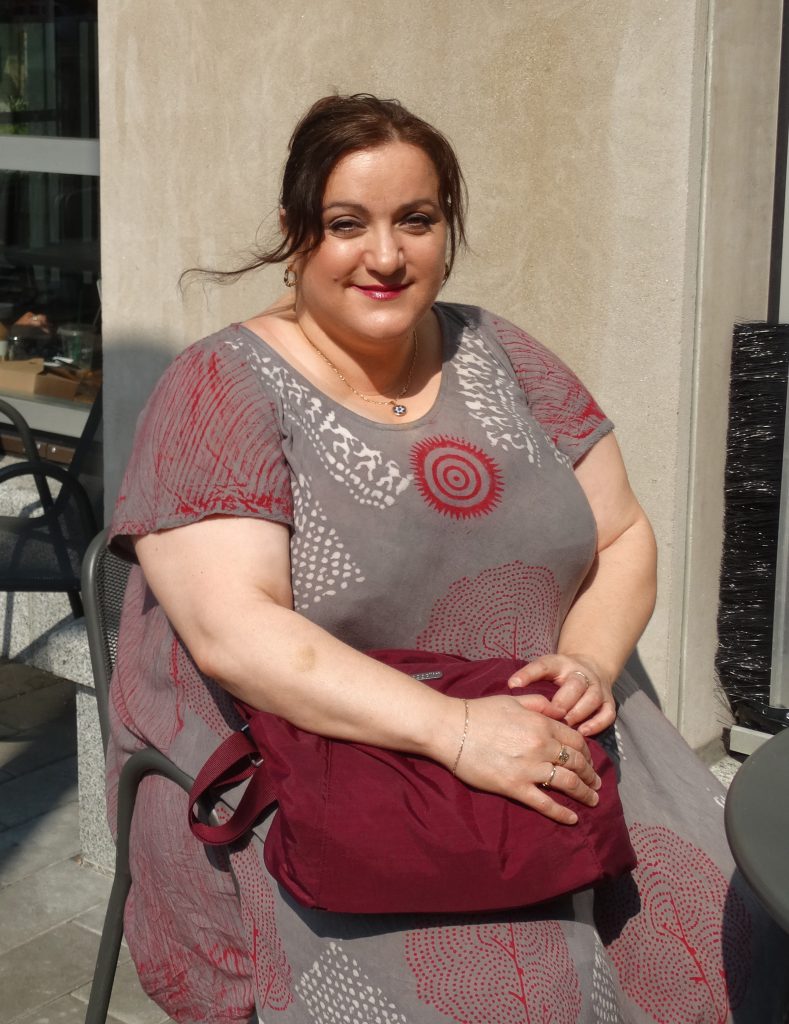 Fiercely independent, Linda is a fighter. The years of misdiagnoses, depression and anxiety roll down her cheeks as she recounts her story – how her chronic pain led to depression and anxiety, and ultimately left her living in a shelter, and later moving into supportive housing, before finally being able to move to independent housing through STEP.

In her modest new apartment, Linda makes the most of her tiny living space – cupboards and drawers full of cookware she held on to despite numerous moves between hospitals, shelters and supportive housing; a raised bed to store things under, even though this means she needs a step stool to safely get on and off.

10 years ago, Linda had her life taken away in a few seconds. Rear-ended, she suffered soft tissue and nerve damage. Struggling to fight through the pain, she relied on muscle relaxants to continue to work, describing herself as a “zombie.”

“I pushed and pushed and pushed myself because I wanted to work,” says Linda. “I’ve worked my whole life – since I was 11 or 12 years old. And then I get into a car accident and I can barely take care of myself.”

The accident was life changing. There was no end in sight to the chronic pain, despite seeing multiple doctors. She was going through a separation. She lost her father. And then she lost the job she held for 18 years.

Living on only a disability pension and her savings, Linda was in debt and unsure about her future. Not only was she depressed about being unable to work, but the depression and pain left her too anxious and scared to leave the house. Could she walk today? Would she fall in the shower again?

“I used to love sports – racket ball, swimming, running, I wanted to try everything – I was fearless. Now I can’t do any of it. I have to pace myself like an 80 year old,” she says.

She barely left her home in two years. Friends and family would offer their help and support, but she would push them away, embarrassed. She tried to apply for different subsidized housing, but began to miss the appointments and follow-up meetings required as her depression and anxiety worsened.

As two years passed, Linda had to leave her family home. To treat her depression and anxiety, she committed herself into a hospital.

“I didn’t have anywhere to go – I thought I’d end up on Hastings and Main,” Linda says. “When I went there [to the hospital], I got a little bit of hope back. They asked me what kind of help I needed. They wanted to help me find a place to live.”

With no place to go after her inpatient care, the hospital recommended Linda stay in a shelter, even though it wouldn’t be able to meet her mobility needs. Upon arriving, she was given an upper bunkbed that she could barely get into or out of, and later, a room with a broken window, leading her to catch bronchitis.

Uncomfortable in the shelter, she found an opportunity to move into supportive housing. Although she shared the apartment with a roommate, she had a space to call her own. She began to cook again. She cleaned when she was having a good day and the pain wasn’t too much. With such an independent streak, Linda didn’t need the supportive services offered at the location.

“[The building manager] saw my potential,” says Linda. “She said, ‘You’re a fighter, you can do this on your own.’”

The building manager recommended she apply for Supporting Tenants, Enabling Pathways (STEP), which launched in December 2017.

With the financial support provided by STEP, Linda was able to purchase new furniture, including a bed that was suitable for her chronic pain, and knows that she’ll have support if there are any challenges along the way.

“It was a miracle that I could get this sort of help. It was the right timing, and I finally got the help I needed. STEP helps those who have lost everything.”

Knowing that she no longer needs to worry about “ending up on Main and Hastings,” Linda sees the light at the end of what felt like a very dark tunnel. Despite losing so much, she has always fought to maintain her independence and take care of herself.

Having stable, independent housing has given Linda not only her independence back, but also her hope.

“I didn’t want to live, but now I want to. I got my hope back. It [STEP] gave me my life back, and all these little things have helped me to help myself.”

Read more about the Canucks for Kids Fund’s donation to the Budzey building in the 2017 Annual Report.